Memfault organizes your data around the concept of devices. An investigative search for matching devices is a key activity when analyzing data around device attributes and time-series metrics. Memfault’s device search also acts as a hub when clicking on details on charts, OTA management, or as part of crash analysis. It allows you to precisely describe a population of devices before performing follow-up tasks such as assigning them to a specific Cohort or describing a new Device Set.

We made significant improvements to the device search! Most fields now accept multiple values (”OR”) and can be repeated where applicable (”AND”). You can search for device attributes and time-series data at the same time and it is even possible to search for historical data across different time ranges at once. 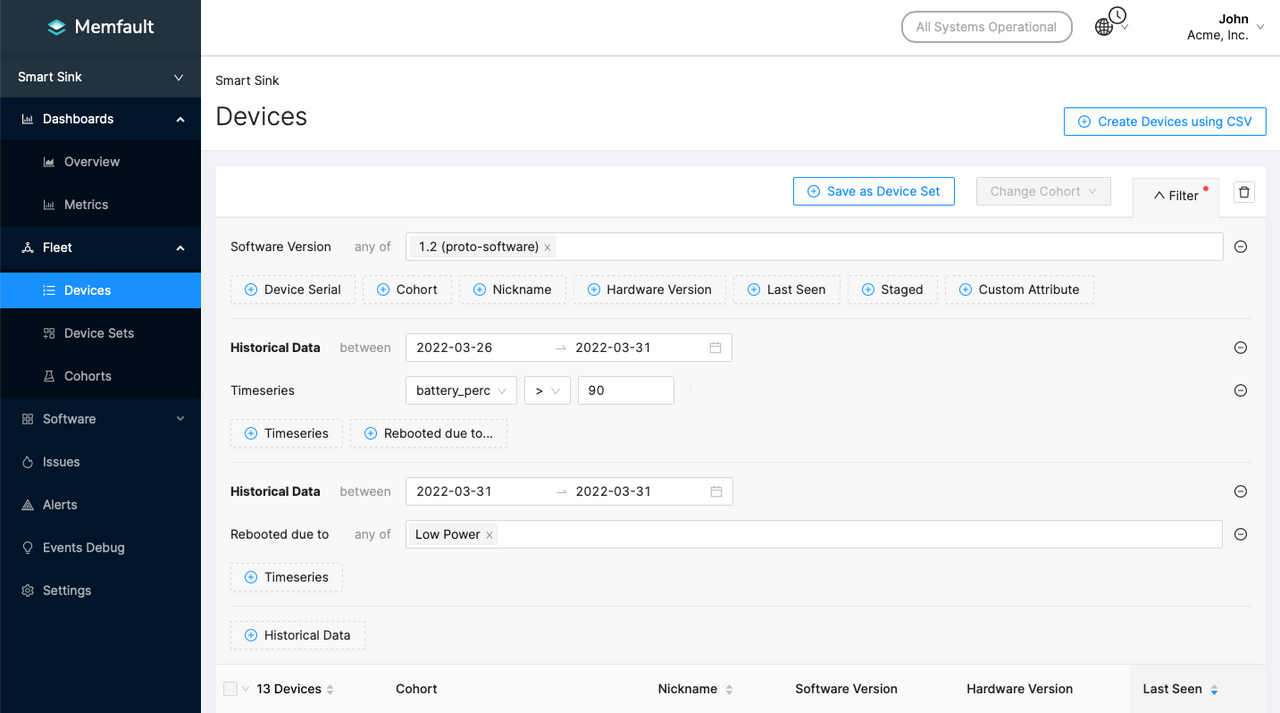 When combined, you can now conveniently describe (and store as Device Set) populations such as

We have not published a new version of the Android Bort AOSP SDK in March.