Memfault steps up OTA observability and release management. Use the new Version Matrix (Fleet → Cohorts → Cohort Details) to learn about the version distribution of your devices (rows) and which version your devices will be updated to via OTA (columns). 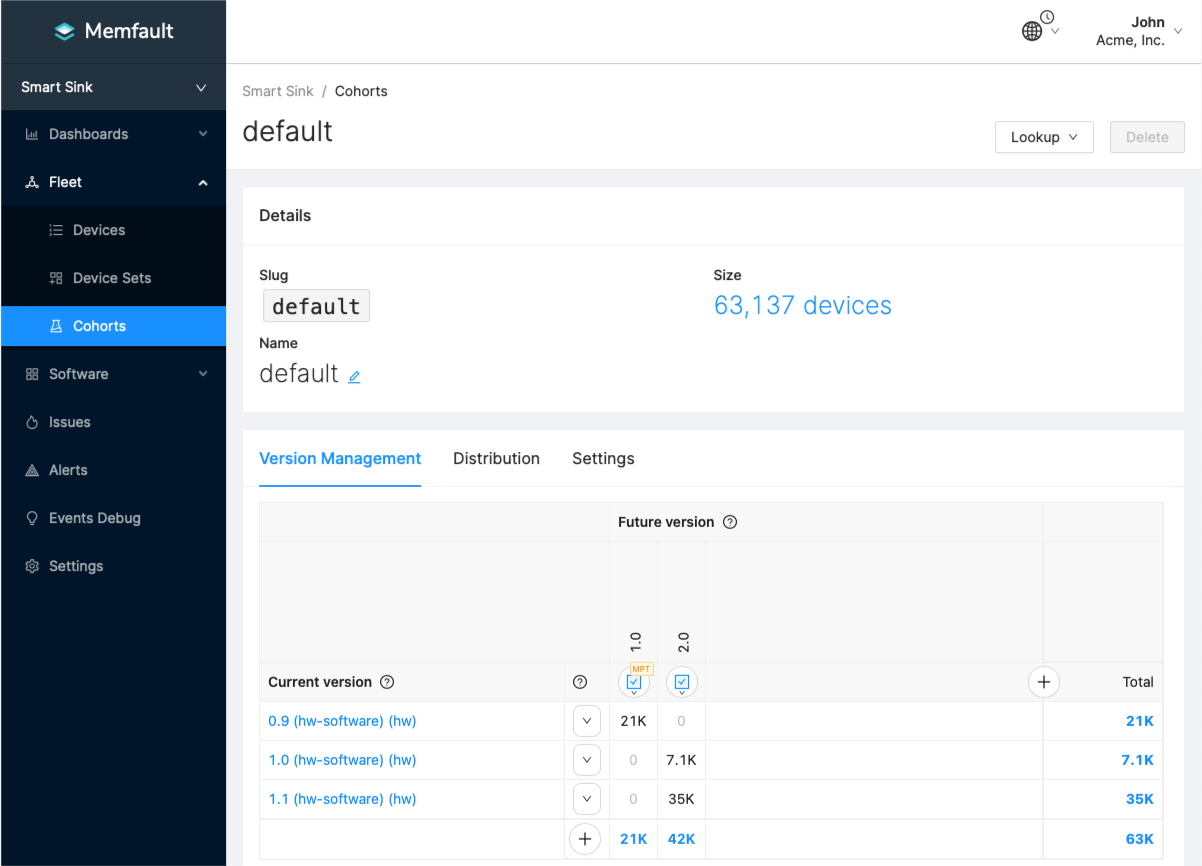 Changes to your software rollout (including percentages for staged rollouts) are reflected in the matrix immediately. This is especially helpful when using the newly introduced Delta Releases that describe a path between specific versions. Every software version, OTA release, and number in the matrix is clickable to get to more details if needed. 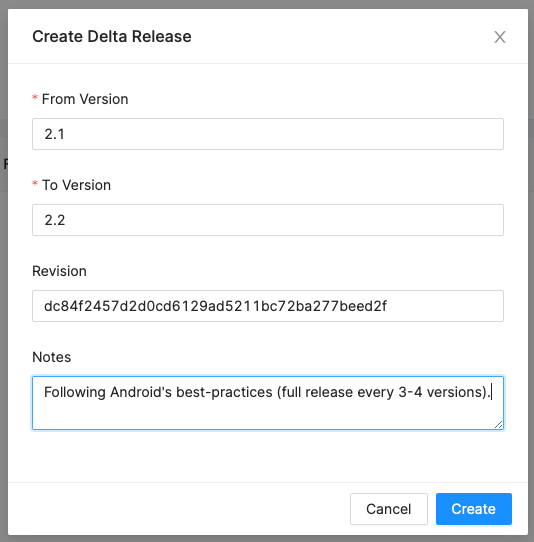 Even complex and unusual scenarios are visible at a glance: devices with no compatible OTA payload, devices with a higher version than the cohort’s target release, must-pass-through releases and their effect, as well as many other edge cases are represented with data that is always live. 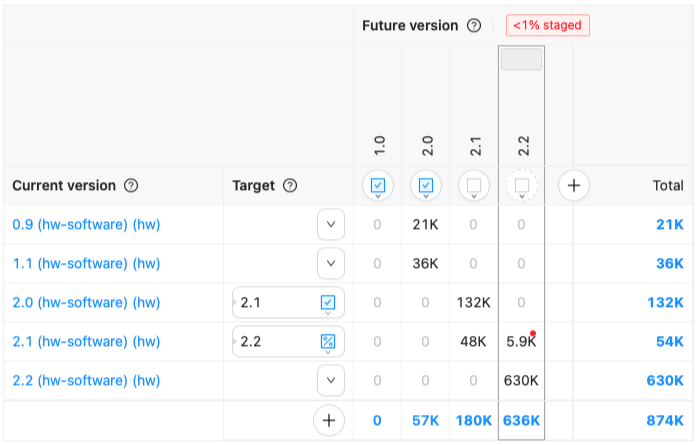 The Version Matrix gives you confidence both while preparing your software rollout and during the ongoing rollout, and it still helps you understand the version distribution of your fleet when no further updates are planned.

There was no new version of Bort, the Memfault AOSP SDK, in January.