Memfault will now re-open an Issue if it is seen on a newer version than when it was last resolved. This helps teams find when Issues are not actually fixed!

For example, if an Issue is "Resolved" when the Max Version is 1.0.0, and the same Issue appears on a version 1.0.1, then that Issue will be re-opened due to a regression.

To prevent regressions from occurring on a particular issue, there is a new Mute feature as well. 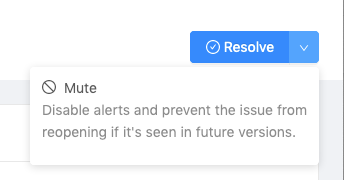 Memfault will now send out emails on new, resolved, regressed, and reopened Issues. 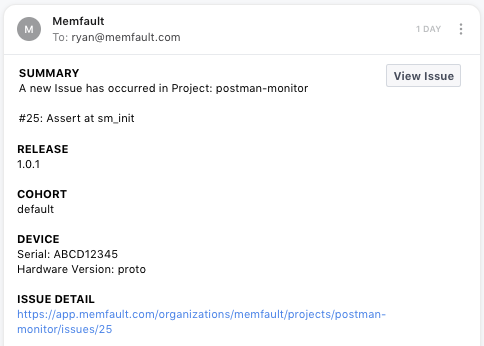 Memfault can now process traces generated while using the Keil RTX5 RTOS (used in the Mbed OS) and display traces for all the threads. Here's a portion of an example crash due to executing a bad function: 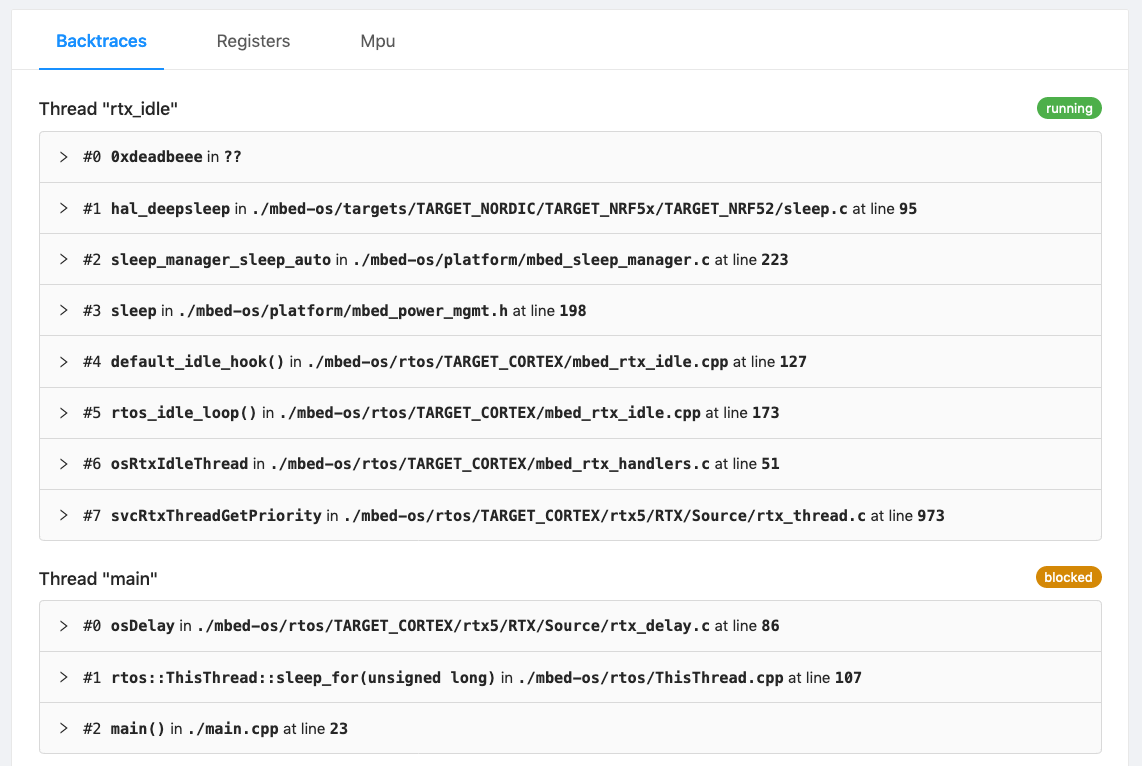 A new page in the "Fleet" let's you easily view your most recent deployments. 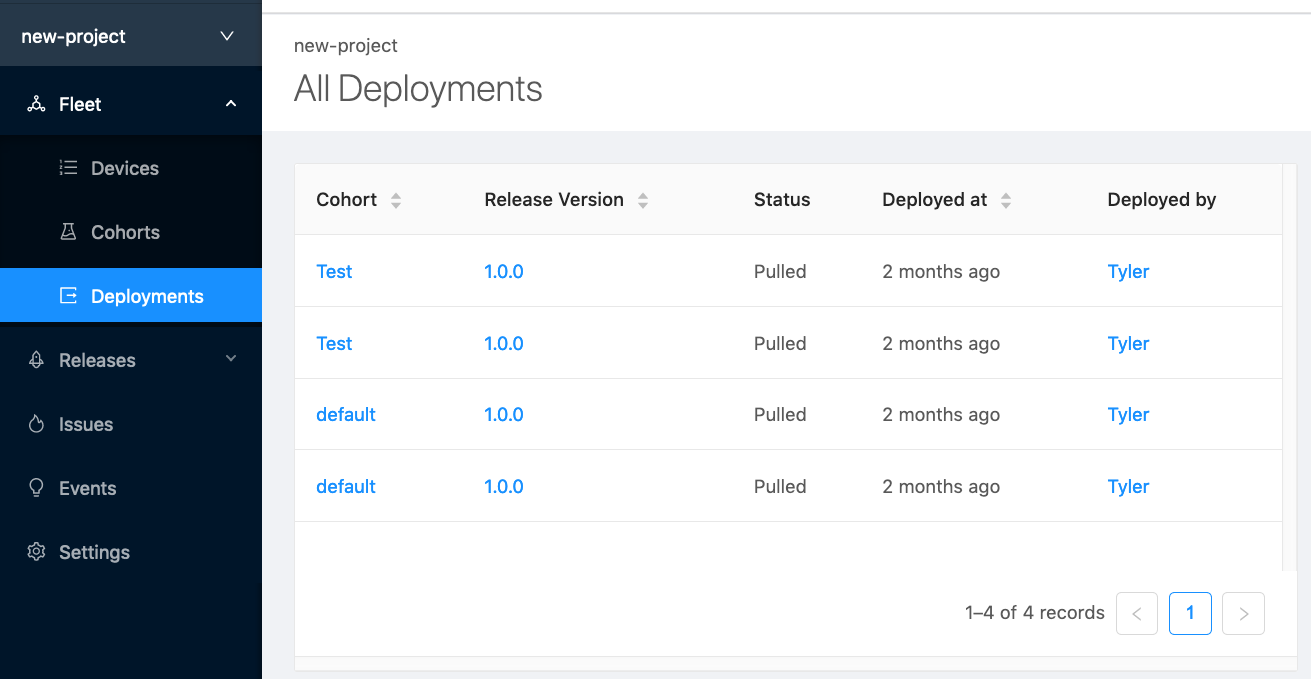